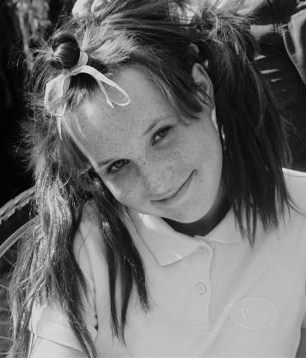 In May 2008, aged 12, Tildy was diagnosed with Acute Lymphoblastic Leukaemia (ALL). She was treated for over two years but suffered a relapse during the final two weeks of treatment. Tildy was admitted into the Royal Marsden in Sutton on 10th August 2010 to begin a six month course of treatment for a bone marrow transplant. She had been in great health for months and there was no suspicion that the leukaemia would return. Tildy was devastated by the news, as we all were, however she accepted the situation and bravely prepared for what the consultants described as a very difficult few months. They explained that the chemotherapy would be extremely strong in order to get the leukaemia into remission and only then would the bone marrow transplant be possible.

Following the first block of chemo, Tildy suffered renal failure and was transferred into the Paediatric Intensive Care Unit at St George’s Hospital, Tooting on 19th August. She was expected to recover from this over time but her immune system failed to pick up and as a consequence her body had no ability to heal itself or fight the infections which inevitably occur. She fought for weeks but sadly succumbed to pneumonia on 29th September 2010. She died peacefully in our arms.